I flew over to TO and had a blast reading some of my poems to a newly discovered crowd.

The Toronto Launch of Mansfield Press’ Fall 2017 Edition was held on Sunday, November 19 @ 2pm at Monarch Tavern (a landmark established in 1910 in the Little Italy neighbourhood). 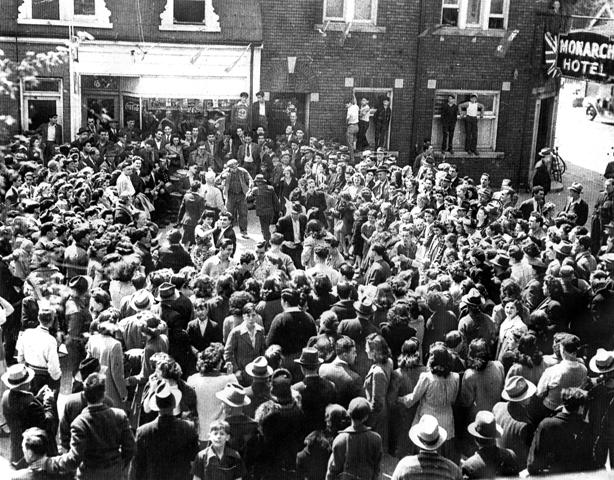 The event featured local poet and journalist Puneet Dutt, who read (so poignantly) from her politically inspired The Better Monsters.

Nelson Ball’s charming Walking was introduced by Stuart Ross and read by Nelson’s dear friend, Catherine Stevenson, as Nelson was too sick to attend.

And, of course, I read from Mechanics of a Gaze.

The crowd was attentive. The light was dim. The place was full.

My husband and I arrived on Friday afternoon and enjoyed some city visits prior to the launch. We rented a small apartment with ginormous views on Adelaide Avenue (via Airbnb) and explored the sites by foot.

If you haven’t seen it, I highly recommend The Square currently playing at TIFF. 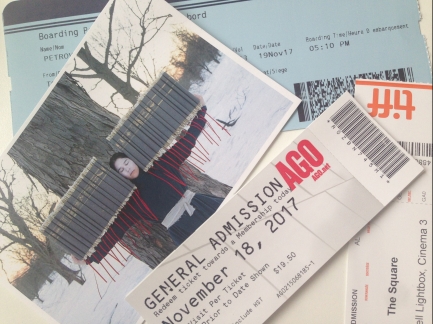 The launch had a friendly, serene atmosphere about it.

Jim Johnston also made it out, and so did my friend (and fiction author) Rob Shaw, who I met at the Banff Centre during my residency there.

After the launch, we wandered around the neighbourhood and stumbled on Mansfield 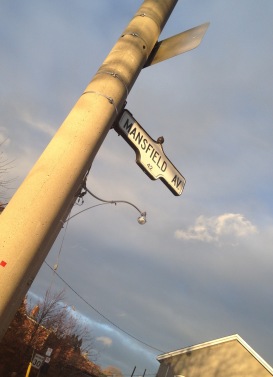 Avenue — the birth of the press.

Denis de Klerck (my publisher) lives on that quaint street (not far from the pub where the launch was held), in one of the picturesque red brick Toronto houses.

I’m so proud to be a part of this small press’ family and to play a (small) role in the Can Lit community.

Apparently, whatever is left of Toronto’s Little Italy: a lot of Portuguese people.

Oh, and if you’re seeking a pizza place for supper, go to Libretto and try the Prosciutto.

I look forward to coming back and reading at various series.

Arrivederci TO! It was a joy, 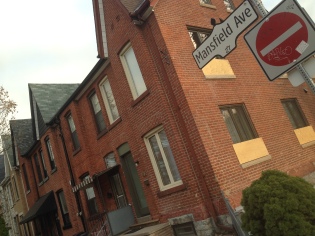 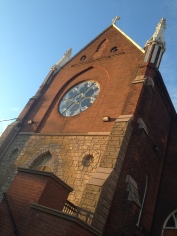